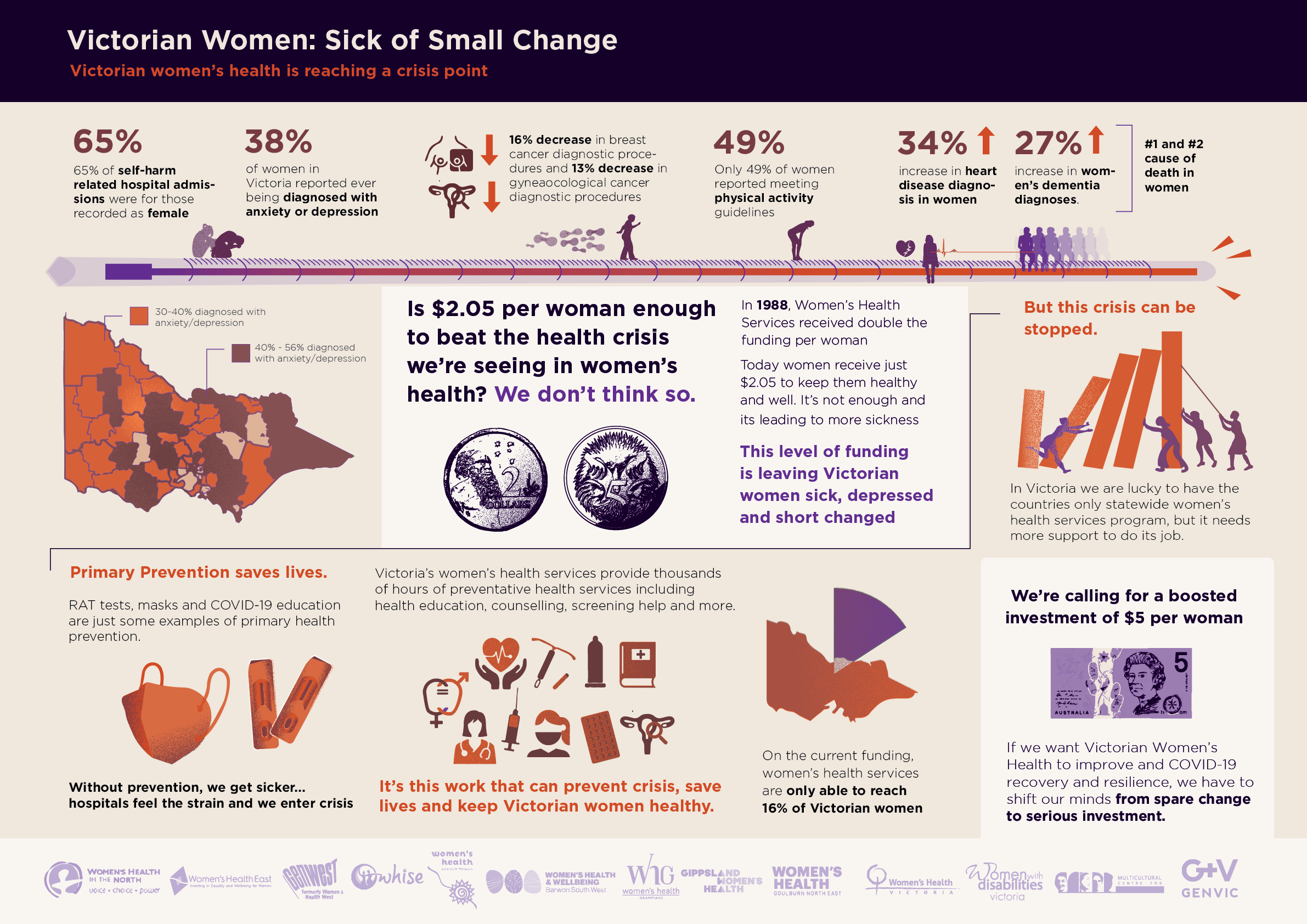 The CEOs of Victoria’s 12 women’s health services are calling for an immediate uplift in investment to secure the health and wellbeing of Victorian women. The release of data that shows Victorian women have gotten sicker, more anxious and depressed since the commencement of the COVID19 pandemic is alarming and should spur immediate action.

We’re calling for Women’s Health Services funding to be increased from $2.05 per woman to $5.75 per woman. We want first time investments for women with disabilities, Indigenous women and LGBTIQ women and trans and gender diverse people and a boost for migrant and refugee women, too.

Victorian women are sick of their health being short-changed.

Victorian women are tired of their health services being in crisis.

“Before the pandemic, women’s health was under significant strain, now it is so much worse. It is essential that we have an adequately funded women’s health services sector to be able to respond to the crisis in women’s health. And we need new and boosted investments in LGBTIQ people, women with disabilities, Aboriginal women and migrant and refugee women whose health is disproportionately affected by inequality,” said Ms Currie, Chair.

Representing the interests of three million women across every region of Victoria, CEOs are coming together to address the deterioration of gender-equal health outcomes.

A combination of the COVID19 pandemic, coupled with a history of short-changing women when determining health investment, has resulted in serious deterioration of the health of Victoria’s women including:

The exacerbation of incidents of violence against women

Growing cases of cancer and less access to cancer treatment

Together, we call for the Victorian Government to act NOW in addressing the crisis of Victorian women’s health. If we want Victorian Women’s Health to improve and to promote COVID-19 recovery and resilience in our communities we have to shift our minds from coins to cash.

This joint statement is endorsed by: