We’ve been horrified at the allegations of rape and sexual assault that have come out of Federal Parliament during the past week.

These allegations have not only highlighted the toxic culture of Australia’s highest profile workplace and the broader national culture of male entitlement and impunity, but also the fact that we can’t rely on politicians alone to regulate themselves and make parliaments safe.

We need a full, independent review and meaningful cultural transformation so that women are valued, treated as equals to men and can work in spaces where they feel safe.

So, we’re adding our weight to Gender Equity Victoria’s (GenVic) #EnoughisEnough campaign, and pushing for the implementation of its Safeguarding Women in Politics project. This campaign calls for state and federal governments to implement a series of initiatives – including an independent review and gender audit – as the first steps in a cultural shift designed to protect and empower women parliamentarians and staffers and realise gender equality as sitting at the heart of our democracy.

We’re also asking for YOUR support for a statewide crowd-funding campaign to ensure this project is implemented, because it’s clear that the systemic gendered violence in our parliament will not be challenged and eliminated unless we all demand it.

Read more about the Safeguarding Women in Politics project and donate to the campaign here.

And please share this with your networks – this issue goes to the very heart of what democracy should be about. 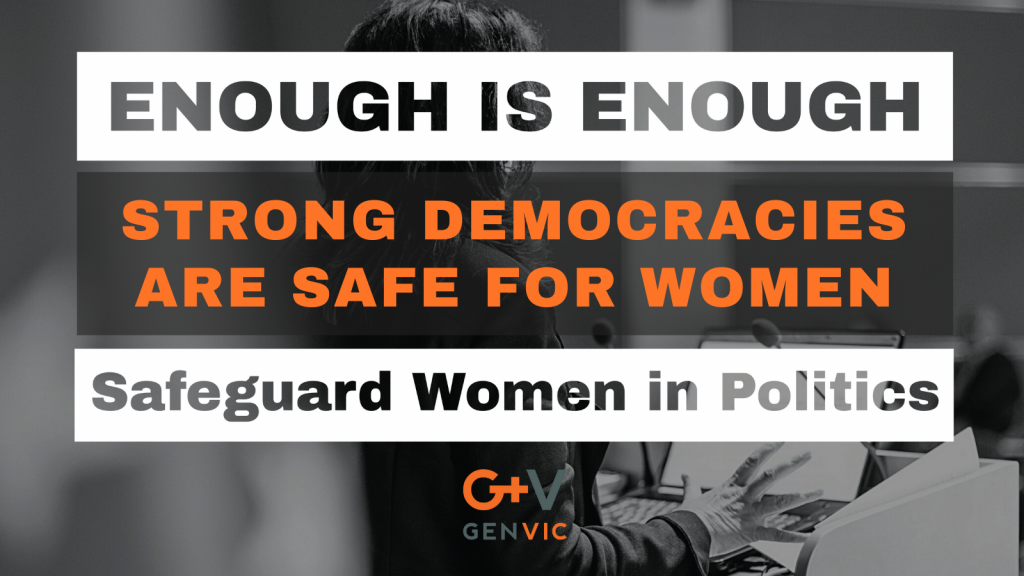