16 Days of Activism: Create a culture that embraces difference

Intersectionality – you may have heard of it. It’s a bit of a buzz word these days.

It’s been bandied about on social media, the subject of countless articles and since COVID-19, the topic of numerous webinars. The new Gender Equality Act asks public sector organisations to consider its implications in promoting gender equality. But what exactly is it? And how does it apply to women in the economic sphere and the world of work?

It’s a common experience for girls, women and gender-diverse people, but do we all experience it in the exact same way?

Our identity is multifaceted and alongside our gender, is made up of things like indigeneity, culture, race, income, ability, sexuality, education, age, and religion. These aspects of our identity intersect with each other to create multiple forms of oppression (and privilege). What is valued and what is not is determined by the way our social systems and structures work. 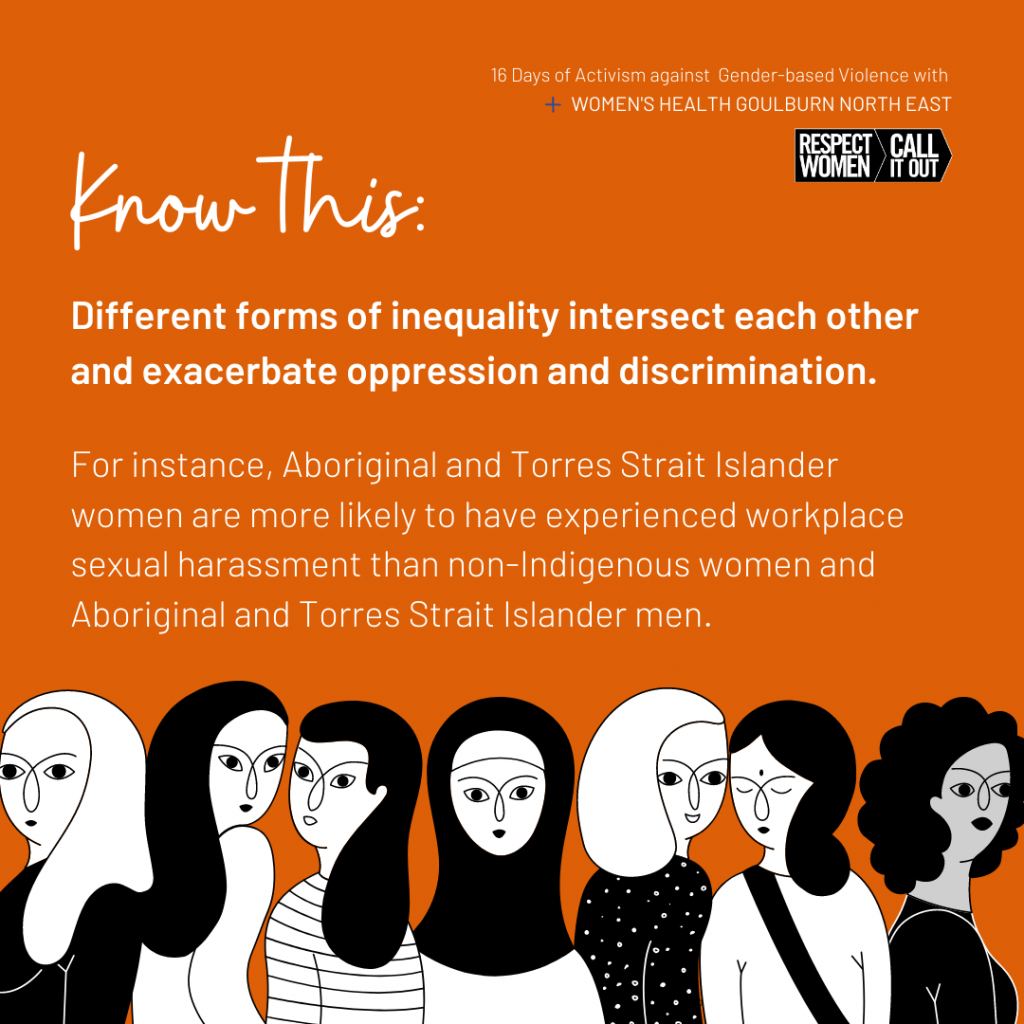 But what does this actually mean?

Let’s check out just one small part of our economic system that influences how we live, how we work and ultimately, how we spend the final years of our life – superannuation. This system benefits people in full-time employment, and further rewards high–income earners and people who don’t take time out of the paid workforce. Come retirement, they have larger nest eggs and greater financial security, and this is a form of privilege.

So which gender do you think this system inherently values?

As a woman, I know that we are overrepresented in low-paying industries like health care and social assistance and even if we manage to secure a role in a high-paying industry, we are still less likely to be in the highest paying, managerial roles.

We’re also most likely to be the primary carer for the family, which can see us taking years out of the workforce. Even if we do return to full-time work, it’s almost impossible for us to catch up to the super contributions that men have received after working consistently for 40 or 50 years.

It’s easy to get stuck on what the intersections of identity mean for the individual at an interpersonal level (like a racist comment made by one person to another). That’s why I’m ‘zooming’ out here, to the bigger picture – to show how our social systems (less than 10% of artistic directors of Australia’s literature, theatres and art galleries coming from culturally diverse backgrounds) reinforce these inequalities.

Black feminist scholar Kimberle Crenshaw coined this term – intersectionality – “as a lens for seeing the way in which various forms of inequality often operate together and exacerbate each other’.

For the visual learners who have made it this far, thanks for sticking with me. And here’s a special treat for you! 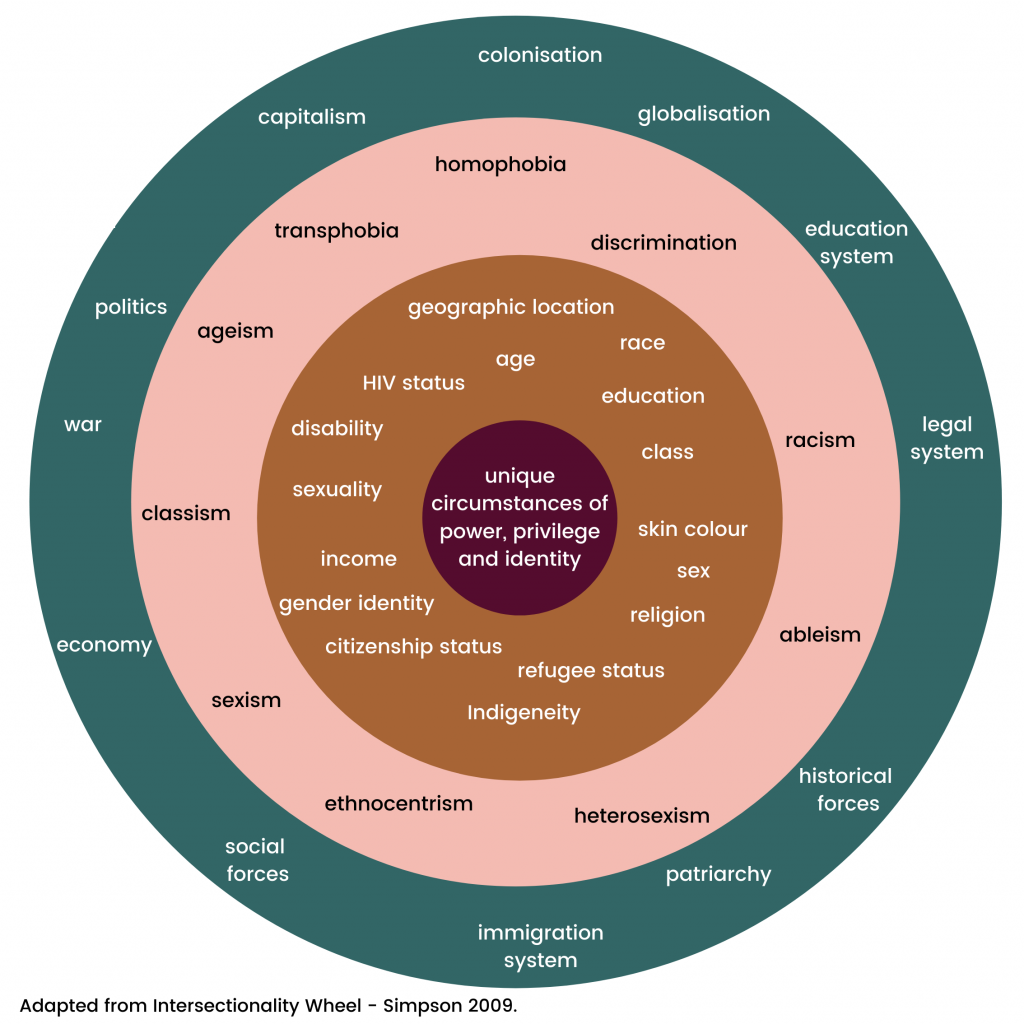 Here, you can see the concentric circles of the Intersectionality Wheel –  where the innermost circle represents a person’s unique circumstances, and the outermost circle highlights the larger forces and structures that work together to reinforce exclusion.

Okay, I hope we’re all the same page about intersectionality now. Let’s look to my second question – how does it apply to women in the economic sphere and the world of work?

If we look to the inequality in the workforce participation of Australian women through the lens of intersectionality, we find:

I won’t go on to apply the same intersectional thinking to the inequalities experienced by women at both ends of the ageing spectrum, those with less formal education or those whose sexuality falls outside of the heterosexual matrix as I’m sure you get the idea.

But you can see how, by applying this framework, we can see that inequalities cannot be attributed to single categories of identity but are due to complex factors and processes that shape the human experience.

But to take it a little further – once a woman has entered the paid workforce, her experience is likely to be just as complex.

If we look at discrimination in the workplace, we see that many women have experienced sexual harassment and other forms of gender-based discrimination such as being belittled or singled out for their physical appearance and many note the structural barriers to career progression for women.

If we look a little closer – at sexual harassment in the workplace specifically, we find:

I also want to note here one of Crenshaw’s key points, that the impacts of these intersections of social identity, privilege and oppression are not just the sum of their parts – that they “sometimes compound themselves, and they create obstacles that are not understood within conventional ways of thinking”.

It’s a lot to think about, I know!

But I put it to you:

Where do you fit in this complex web of power and privilege? Likely there’s places where you hold some power, and others where you don’t.

So, I pose a more beautiful question:

How can you use this power to enact change? 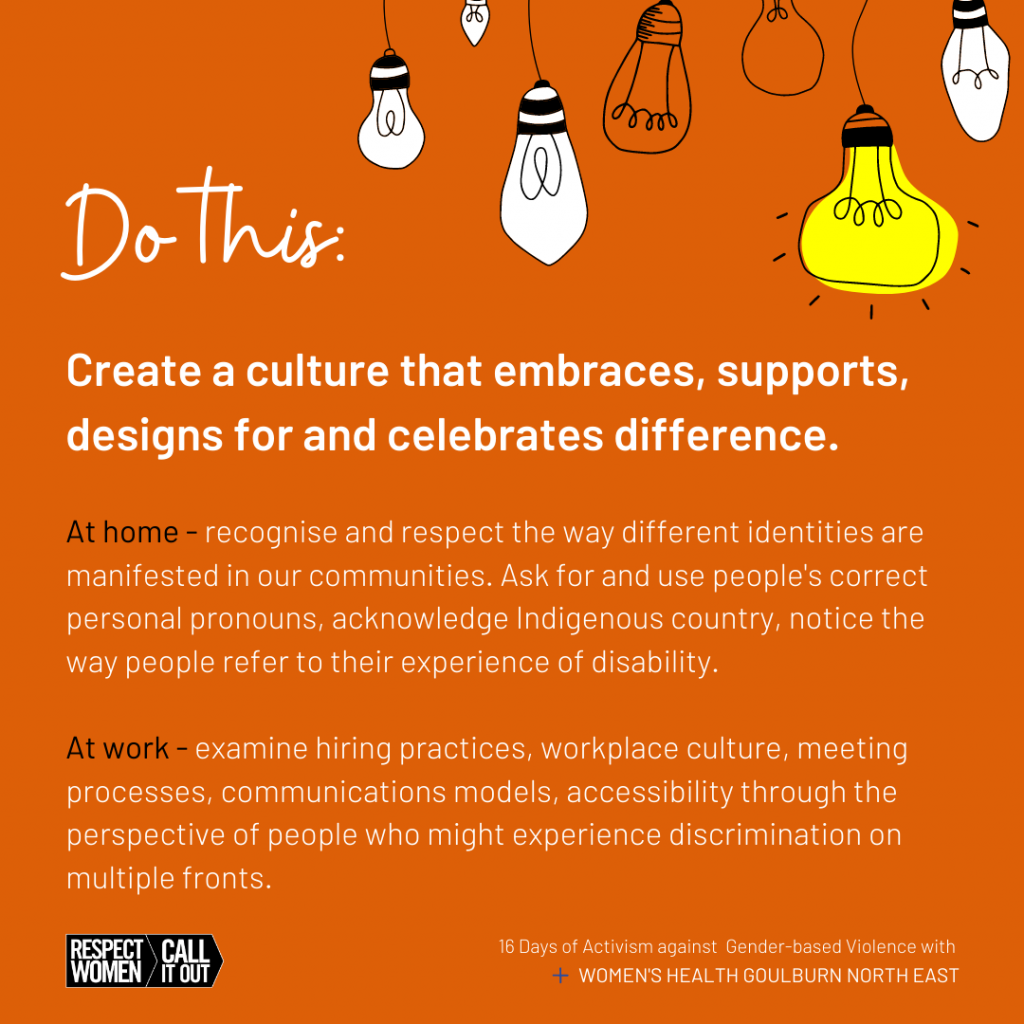